The WHA attended the Renewable Heat Incentive (RHI) Industry Forum at Ofgem HQ a couple of weeks back. This was attended by many of the trade bodies and compliance schemes (e.g. Biomass Suppliers List and Sustainable Fuel Register) from across the renewable energy spectrum. The meeting gives Ofgem the chance to inform the industry of latest developments and provide updates on guidance and enables the industry to give feedback from the front line to the people running the RHI.

The information included lots of information on both domestic and non-domestic RHI schemes. If you are a WHA member you can see the presentation slides in the member’s area. For non-domestic RHI participants with biomass boiler owners there were three really important themes.

It’s fair to say that the non-domestic RHI is quite bureaucratic. As an applicant you need to make sure that your scheme is eligible and then provide lots of information to get accredited. Unfortunately, many people see confirmation of accreditation as the finish line. It’s not – there is a whole raft of ongoing obligations that an RHI recipient must fulfil in order to continue to receive payments for the heat they produce.

One of the key messages that came out of this meeting was that a large number of RHI recipients have a lack of knowledge about their ongoing obligations to the scheme. This is causing too many audits to be failed, more back and forth between the auditors and the technology owner and frequently leads to delays in payments.

Ofgem significantly increased the number of audits in 2017/18. In total, 620 projects were audited rising from 224 audits in 2016/17 (a 177% increase). Of these, 374 were targeted – projects are specifically picked out if they fall within certain criteria such as:

The other 246 audits were randomly chosen from all projects.

Fuel records and evidence of sustainability are the biggest reasons for failed audits comprising 35.5% of failures. In many cases the problems involve the lack of documentation on site or confusing record keeping due to fuel going into multiple installations on site.

Ofgem stress that they are flexible. They understand that it is not always possible to lay your hands on information when the auditor is standing behind you. In such cases records can be supplied after the audit if they can’t be located or are stored elsewhere. However, they encourage best practice in record keeping and will require participants to be better prepared if they are audited again.

There are likely to be more audits in 2018-19.  For the Doemstic RHI they will be running combined desk and site auidtes. This should hopefully reduce the number of times Ofgem have to contact the participant and enable common questions to be dealt with prior to the site visit. Non-Domestic RHI  particpants/applicants will recieve site audits that are either announced or unannounced. 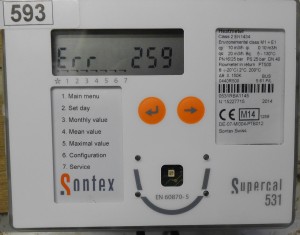 Another key message that came out of the meeting was that RHI participants should be checking their meter readings more often to guard against meter breakage. New rules were brought into place on the 1st October that will only allow 8 quarters of estimated readings over the 20 year RHI agreement term. There are numerous reasons why you might have to rely on an estimated reading such as:

By taking meter readings more often you will have to rely less on estimated data and won’t use up your 8 lives. Failure to do this could be very expensive. If you have a 9th estimated reading you simply won’t be paid for that quarter. 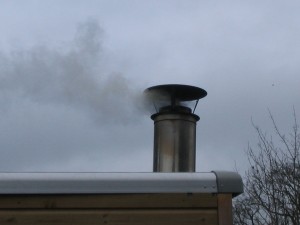 We previously produced a blog on the new rules surrounding boiler replacement. A point that was raised in the meeting was that any participant that installed their boiler before the requirement for having an emissions certificate (24 September 2013) would need to provide this if they replaced their boiler. In some cases this might pose an issue. For instance, some fuels that are currently being used in RHI supported biomass boilers have not been tested for emissions and therefore won’t have a certificate. The more obscure the fuel, the more likely that this will be the case. In this situation it is absolutely essential that you check that there is an emissions certificate for your chosen fuel in your chosen boiler before you purchase a replacement plant. Without a valid emissions certificate you will not be paid any RHI money. It is possible to get an in situ emissions test but this can be pricey and there is no guarantee that you will achieve the emissions thresholds for particulates and nitrogen oxides.