Where Next for Biomass Heat? Our Chair gives his views 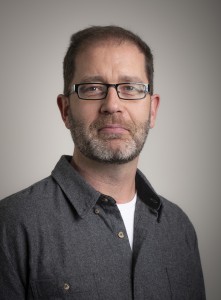 Our Chair Neil Harrisom was asked to write a piece for this months’ Forestry & Timber News on the outlook for biomass heat and provide wider industry perspectives and some thoughts on what is likely to happen next given the current policy and ongoing consultations. He’s made a few changes to the original based on the most recent developments.

Like many, working exclusively from home for weeks on end has afforded me some time to reflect not only on what the future might hold for the UK’s biomass heat sector, but also on the journey that’s brought us to this point. With a major policy change for renewable heat – and biomass in particular – just signalled by government in their Future Support for Low Carbon Heat consultation (www.gov.uk/government/consultations/future-support-for-low-carbon-heat), now seems like as good a time as ever to look forward while hopefully applying the lessons of the past.

As lockdown begins to ease, and some sort of ‘new normal’ begins to emerge, most observers expect biomass supply chains to adopt their previous shape as the year progresses, although the end of the RHI is likely to drive significant new demand over winter 2020/21, as new installations rush to complete before the scheme closes to new entrants on 31 March 2021. While this will certainly lead to a net increase in demand, particularly for chip, there will inevitably be some displacement, as material that would otherwise have found its way to one of the many chip drying plants that has closed over the past year or so, looks for a new home. The steady closure of chip drying plants is a trend which has been observed over the last couple of years, as significant overcapacity, lack of a genuine markets for much of the output, and the overpromised economic case of the original proposition have all taken a toll.

John Deere harvester outside Newcastle Civic Centre, 2006
In the early noughties, when running a forestry extension programme in north east England for the Forestry Commission, one of our key workstreams was driven by their long-standing target to bring neglected woodland into management. This sat alongside providing business support and training to forestry contractors, sawmillers and the like, and generally trying to promote, support and stimulate the regions’ forestry industry in any way possible – even parking a harvester on the lawn outside Newcastle Civic Centre at one point. With timber prices at historic lows, and an almost complete lack of competition for lower grade timber in the region, the use of wood in biomass boilers was seen as a potentially important new market.

However, it was nearly a decade until any meaningful demand began to appear for woodfuel, as only limited numbers of boilers were coming on-line each year. A lack of coordinated support for the technology, combined with low fossil fuel prices – levels similar to those we see at present – meant that only projects driven by ‘sticks’ such as PFI school contracts were appearing on the ground, and there was insufficient critical mass to spur investment in the supply chain. We developed and delivered any number of forest-centric initiatives – farmer engagement and training, producer groups and the Ignite woodfuel training programme for example, all with the aim of bringing more woodland into productive use.

Although it was slow to start, the arrival of the Renewable Heat Incentive in November 2011 began to deliver what tens of thousands of hours of time spent on forestry extension and support projects had struggled to – the long-anticipated biomass heat market and multiple local demand points for the product of undermanaged woodlands. Since its introduction, the RHI ramped up the UK demand for woodfuel by delivering over new 17,000 new installations – each one of which presents a direct or indirect market opportunity, providing competition for a raw material which previously may have had only one, or even no local market, and in doing so has supported a steady increase in timber prices; job creation in rural areas; decarbonisation and general activity across the forestry sector.

While we’re still some way away from seeing biomass reach anything like its market potential in the UK, the RHI has clearly made a significant contribution to establishing the technology and its supply chains as a vital part of the modern forestry and energy sectors. So, with a solid foundation to build on, almost 10 years of playing legislative whack-a-mole to iron out the kinks and unintended consequences of the RHI, and wood heat sectors across Europe seeing renewed government support and focus, what can we expect to succeed the RHI?

Well as it’s still only a consultation, it’s hard to say with absolute certainty what future support for low carbon heat will look like exactly, and therefore what it will mean for the sector, but there are enough general themes in the consultation documents to give significant cause for alarm. A series of online consultation events have done nothing to calm industry fears, and the sentiments of all the long-term participants in the renewable heat sector (not just biomass) that I’ve spoken with recently have swung between utter disbelief and anger (mostly the latter), at what is now being proposed by government.

The most important issues are the targeting and levels of support of the proposed new schemes. The exclusion of any new project above 45kW for the Clean Heat Grant – a regression to the type of system which stymied growth before the RHI was introduced – coupled with the general presumption against biomass in all but “limited circumstances”, means that market growth as a result of this scheme is likely to be little more than the replacement-rate (i.e. 20-40 a month) that has characterised the domestic RHI since 2016. Overall, the scheme will drive reasonable numbers of small air source heat pumps into new build and some retrofit applications, but for the biomass sector, only pellet projects using low-cost boilers will see favourable economics. With a cap of 45kW, this is simply too small for woodchip to be economic in the vast majority of circumstances, particularly given the grant could be set as low as £4,000 per installation.

For the larger projects which deliver the most renewable heat per £ invested, these will need to find their way through the new Industrial Energy Transformation Fund – a competitive grant programme which only addresses certain sectors of the economy, specifically those with SIC codes in the range 10-33, which is mainly manufacturing. Applying the same SIC codes to the 17,000 non-domestic RHI schemes delivered to date would have excluded over 90% of existing installations, meaning a substantial number of schemes, and therefore potential market, will be excluded from future support.

The RHI mechanism, while by no means perfect, has undoubtedly delivered a step-change in the deployment of renewable heat and contributed to positive changes across supply chains and the wider forestry sector. With a return to the grant-based schemes that characterised the stop-start nature of deployment previously, the near future will see growth in biomass markets becoming sporadic at best, further consolidation across the supply chain will become inevitable, and business and skills loss will continue across the installation side of the industry. All of this will make the challenge of decarbonisation harder to meet when we come full circle once again, and like our cousins on the continent continue to do, we back biomass.