Berkshire College of Agriculture – self supply of SRC woodfuel 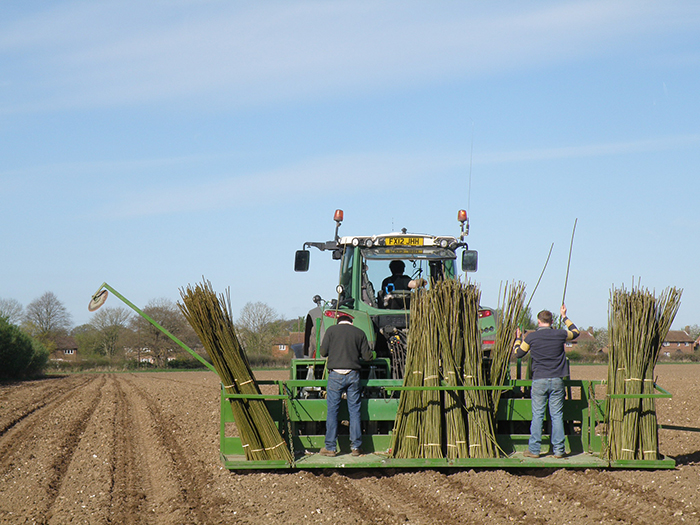 Berkshire College of Agriculture (BCA) was founded in 1949 and has an estate of around 160 hectares of farmland. The remit of the college has expanded enormously in recent years with courses on child care, construction, floristry and sports science. There are currently around 1500 full-time and part-time students. The campus consists of numerous buildings including teaching facilities, residential accommodation, a sports centre and restaurants. These buildings are heated by two biomass boilers via a district heating scheme. The majority of the fuel used is produced from 18 hectares of short rotation coppice (SRC) grown on the estate.

The BCA biomass project began in October 2009 with the installation of a Froling Turbomat 220 kilowatt (kW) boiler. A second Froling Turbomat 320 kW was installed in January 2014. Both installations were carried out by Econergy Ltd, a very experienced installer with a 15 year track record. These installations now provide heating and hot water to all the building at the southern end of the campus. Both systems are backed up with oil boilers in case of breakdowns.

Each of the plantations has now had two harvests and the college is 80% self-sufficient in their fuel needs. The system is now working well, although getting the SRC fuel in a state that was suitable for the boiler initially posed a steep learning curve (see below).

Now that the college is familiar with the fuel they prefer it to conventional woodchip. The Facilities Manager Tom Woods states that the college has had more issues with auger blockages from bought in chip rather than their own SRC. He said that “We have been promised that the fuel is good and to the right specification but you might end up with what the supplier has that day. With the SRC, there is always a BCA staff member on hand to supervise the harvest. After each trailer is unloaded we look at the fuel and if there are any long stringy bits we ask the contractor to stop and sharpen the blades”. 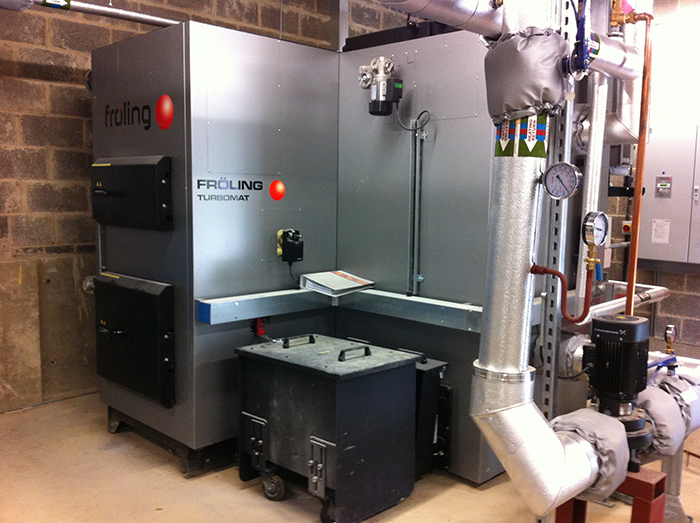 The college at first had some issues with the fuel. Because the crop is planted on wet ground harvesting may be delayed until the spring. The first crop was cut very late and was in full leaf. The college had been informed that the harvested SRC chip would dry down well when stored in tall windrows in the field. However, this was not their experience. The stack composted and quickly turned to mulch. Rokwood SME partner Crops for Energy Ltd arranged for a lorry load to be dispatched to leading woodchip supplier Forest Fuels for testing. Although, they were happy with the particle size, the load was significantly contaminated with mud and stones. This resulted during the transfer of chip from the field into the trailer. The laboratory analysis showed that the ash content was quite high (1.6%) the net calorific value was low (11.4 MJ/kg) but the moisture content was acceptable (32.2%). However, Forest Fuels deemed that the fuel in this form unacceptable for use in small-medium scale wood chip boilers.

As a result the first harvest was abandoned as a fuel and instead used as a mulch on the college’s extensive flower beds.

In order to improve the storage of the crops the college constructed a barn with concrete floor and agricultural frame. This cost £40,000.

With both boilers there were teething problems but these have been resolved as the installer and the BCA team became more familiar with the system. One of the things that did come as a bit of a surprise was the operations and maintenance involved. A typical week requires around 5-6 man hours of work. There are two very large hoppers and keeping these topped up takes four hours per week. Then there is around two hours a week on cleaning and general maintenance. The ash pans are emptied each week and recycled on to the land. This time requirement is now absorbed into the daily tasks of the maintenance team.

The total turnkey costs for the project (two boilers, heat network, SRC establishment, storage barn) were around £600,000. The college anticipates that they are saving £93,000 per year from fuel savings. The boilers are not eligible for payments from the Government’s Renewable Heat Incentive as the first installation was grant aided. 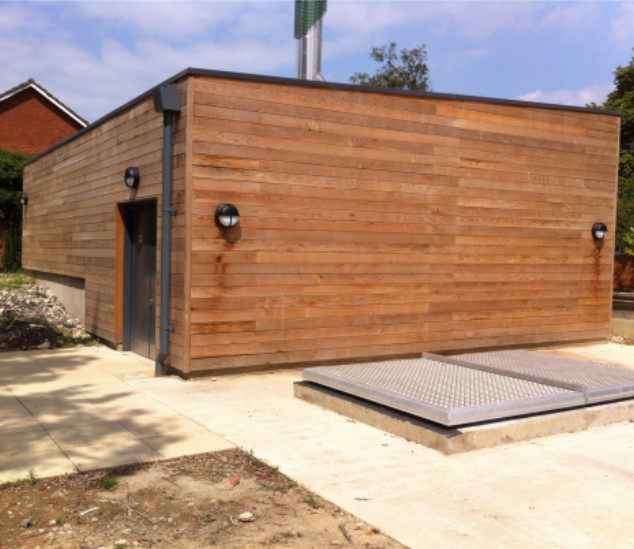 Tom Woods said that if they were doing this again they would definitely go and see a working installation in practice and ask lots of questions about logistics and storage. They would also have included a storage barn in the original business case and have it ready in time for the first harvest.

The first SRC plantation was quite gappy with lots of missing plants. Unfortunately, these spaces were not gapped up. The college learned from this experience with the second plantation and at the end of the first year a team of 2nd year horticultural students were used to gap up the crop. Mr Woods wasn’t sure how successful this was though, as he said the students considered it as a punishment duty and were less than enthusiastic in their approach.