Following nominations to the WHA Board for the position of ‘wood feul supplier’, two candidates have recieved nominations. These are:

Here are their personal statements:

Biomass as a source of energy is not held in high regard by the UK Government as is evident by the infrequency of any press coverage. In part this is due to a woeful ignorance of the basic principles of forestry. A Forest Manager with many years’ experience, a Chartered Forester and a Chartered Environmentalist, for the last fifteen years I have been a founding director of Bowland Bioenergy a wood chip fuel production company. As one of the companies formed in the early years of English biomass development we were the first to be accredited by HETAS, now Woodsure. High standards are important and so every lorry load of wood chip is evaluated by another of my companies, Wood Fuel Testing.

The creation and maintenance of high quality standards in both fuel and customer service is I believe of critical importance to the survival of fuel producers and consequently the industry. I

would promote those standards vigorously for example by proposing an independent panel to deal with customer complaints. I would also support the proposed Code of Conduct for Wood Heat Association members. This would provide some measure of confidence for customers that in buying from a WHA member they could expect a better standard of product and accompanying service. I believe I can bring a determination to raise both the profile of wood fuel and the reputation of the
Wood Heat Association. 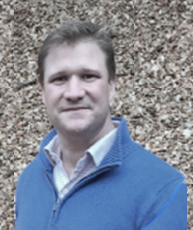 I started New Forest Energy Ltd. in 2009 and a decade on we sell over 60,000 m3 of virgin biomass woodchip annually in England and Wales. We have grown organically and have suffered through the tough years as well as seen how good this industry really can be.

We have three biomass boilers ranging from the 2012 to 2017 installations and these are three different manufacturers so we have seen a lot of the issues that our customers face. We are also involved increasingly on the O&M side and have experience with dealing long term with large scale users such as HM Prison Service, Universities and the National Trust.

As well as NFE Biomass I have built up a multimillion pound portfolio in solar assets and therefore understand the issues of dealing with RHI, ROC and FIT applications first hand as well the challenges of government legislative changes. I have spent time on the BSL advisory panel and Dan Kinash who works for me is currently serving in that role.

The WHA has done a great job to date of making its member’s voices heard, but we face increasing issues now with air quality restrictions, a diminished RHI and seemingly quietening government support. That said, I strongly believe that this should be a great time for the biomass heat sector; rising heating costs, a meaningful increase in the awareness of climate change and with Brexit dominating questions around the future energy security for the UK. I would love to be part of the
WHA team focussed on keeping our sector going strong for the foreseeable future.

We wish both candidates the best of luck!

WHA members – look out for the enewsletter on the week beginning Monday 25th November – you’ll be able to cast your vote using the link provided.